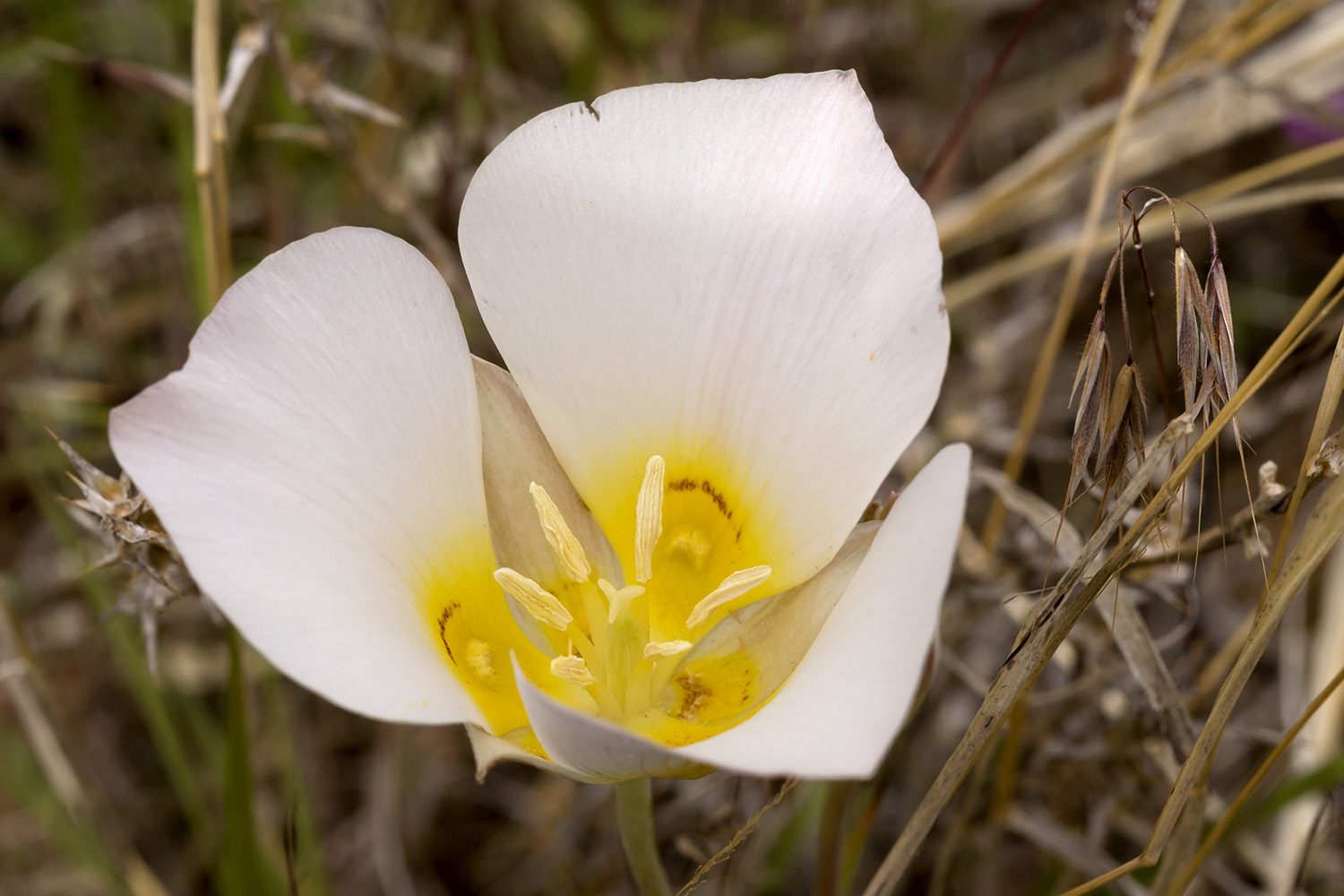 Sego lily is a perennial, native monocot with a single stem and a single, large, terminal flower. This plant is one of the most conspicuous and beautiful early-blooming flowers of the semidesert. They dry up shortly after blossoming. The flower is white with cherry red and yellow markings at the base. Goblet shaped, satiny flowers can be up to three inches across. Fruit is a capsule, which splits open along partitions, with numerous flattened seeds inside. Sego lilies have a few basal, grasslike leaves, and leafy stems. It can be distinguished from death camas (prior to flowering) by the rounded, trough-like cross section of their U-shaped leaves, as opposed to the sharply V-shaped leaves of death camas.

Sego lily occurs on open sagebrush foothills and in valleys, as well as in open ponderosa pine stands at moderate elevations. It thrives on rather dry, sandy soils. The forage value of sego lily is limited, chiefly due to the small amount of herbage and the sparseness of the stands. When eaten, the palatability of the herbage is good for sheep and fair for cattle. Horses do not graze it. The bulbs are eaten, and also gathered and stored by pocket gophers and other rodents. The bulb-like roots of sego lily are considered a great delicacy. 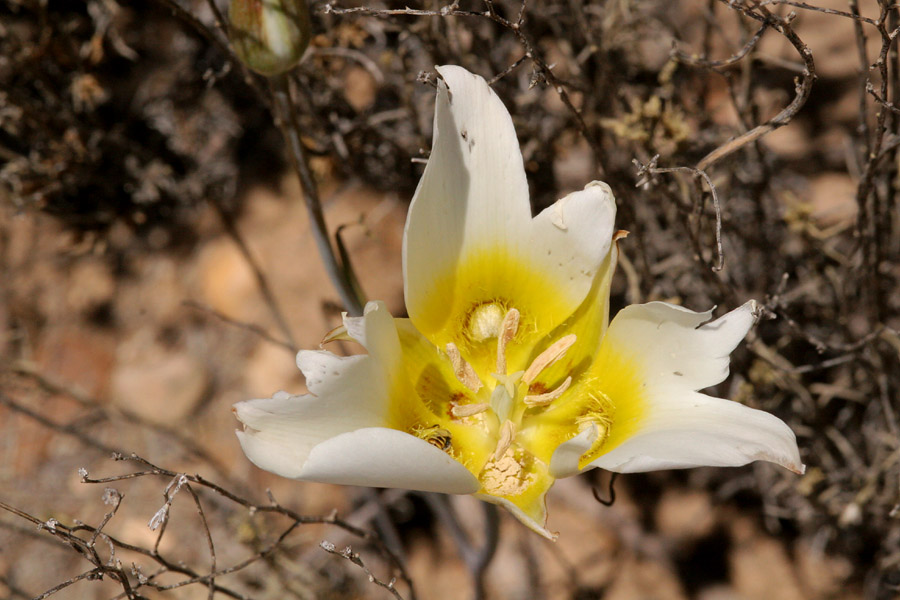 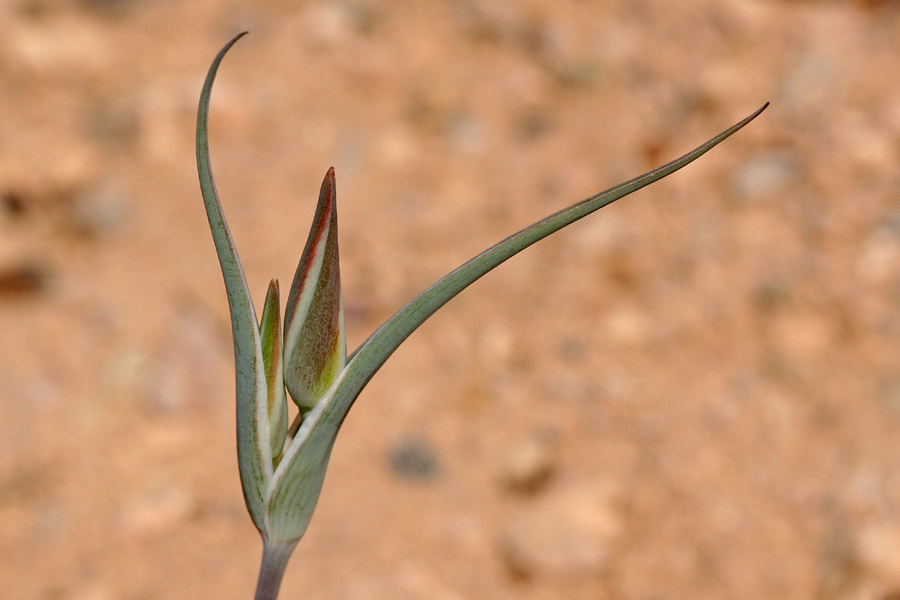 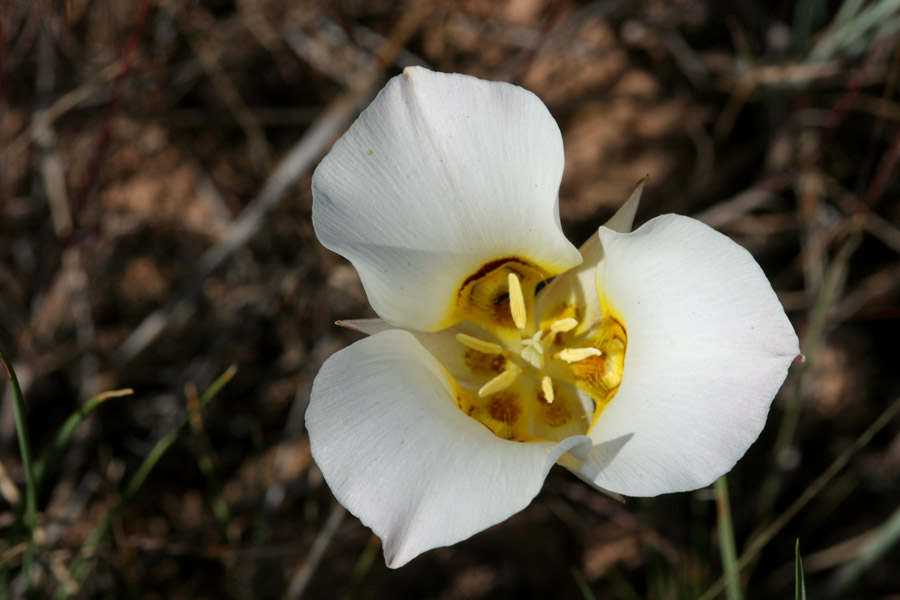