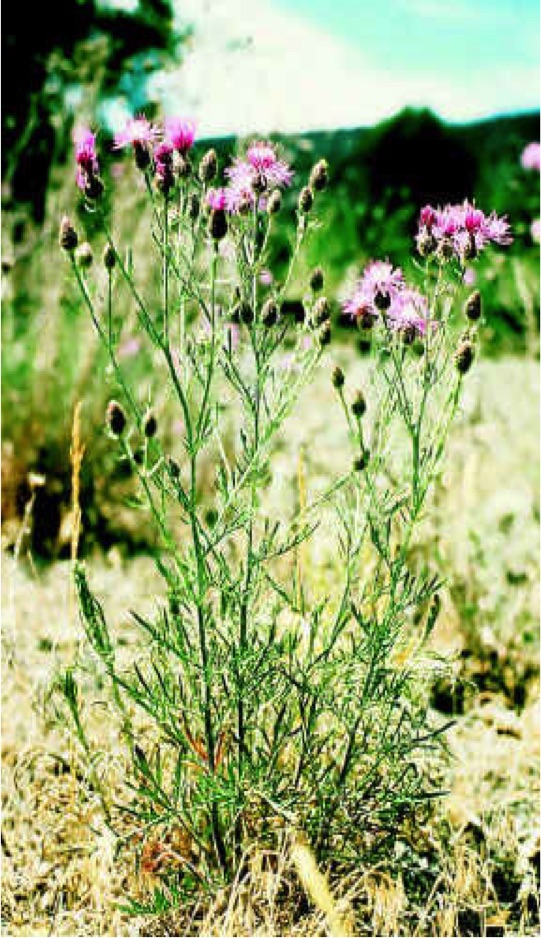 Knapweed is represented on Navajo rangelands by several species, including Russian knapweed, diffuse knapweed, and squarrose knapweed, which are described in their own entries.

Other species of Centaurea include yellow starthistle (Centaurea solstitialis) and spotted knapweed (Centaurea biebersteinii). All knapweeds are introduced species in the Four Corners region, and they are often invasive or noxious.

Spotted knapweed is a multi-stemmed, herbaceous perennial that can grow from 1 to 3 feet in height. It produces bright pink blooms in the summer. Two things make it a particularly invasive plant: it produces many seeds whose viability can last for years, and it also grows very thickly, crowding out other species. It also has a degree of fire resistance due to its taproot and hardy seeds. It does, however, provide forage for domestic and wild animals.

Yellow starthistle is likewise a problematic species. The rosette of yellow starthistle lies close to the ground and produces 6 to 28 deeply lobed leaves that range from 1 to 8 inches long and are generally less than two inches wide. The rigidly branched, winged flowering stems average about two feet tall, but range from four inches to five feet, depending on environmental conditions. Flower heads are solitary on the ends of short stems and have many bright yellow flowers. The bracts of the flower heads are armed with stout, straw-colored spines 1 to 2 inches long that radiate from the flowerhead in a star shape. 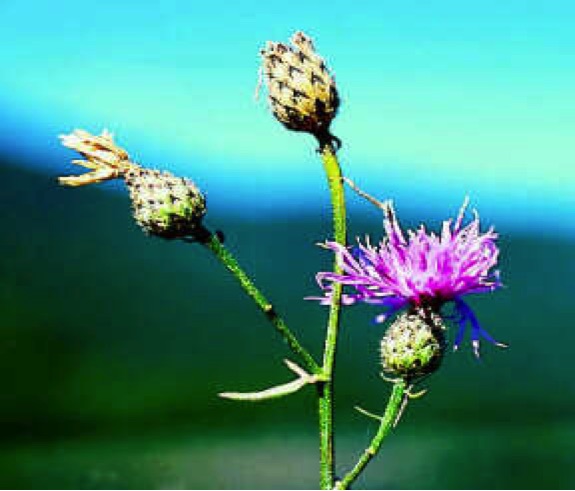 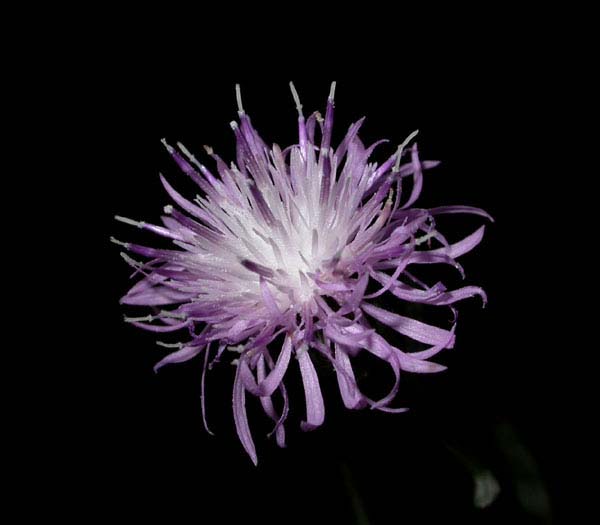 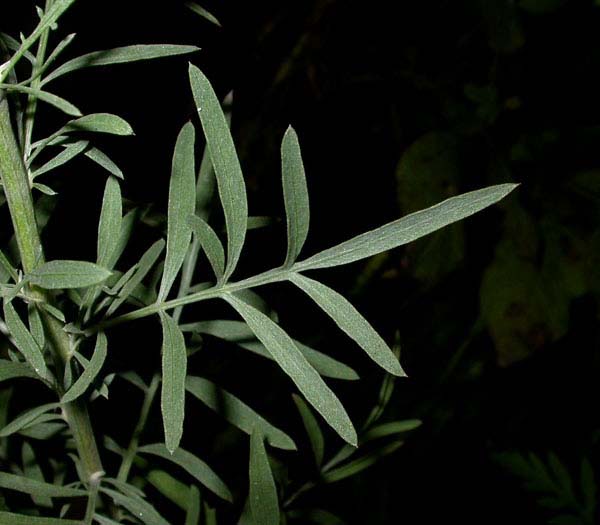 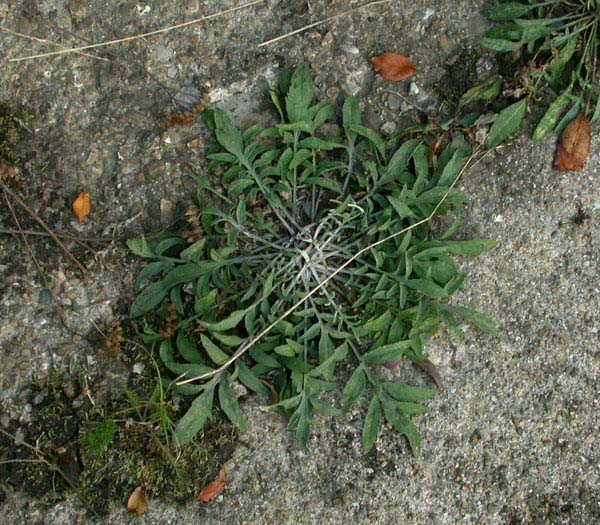 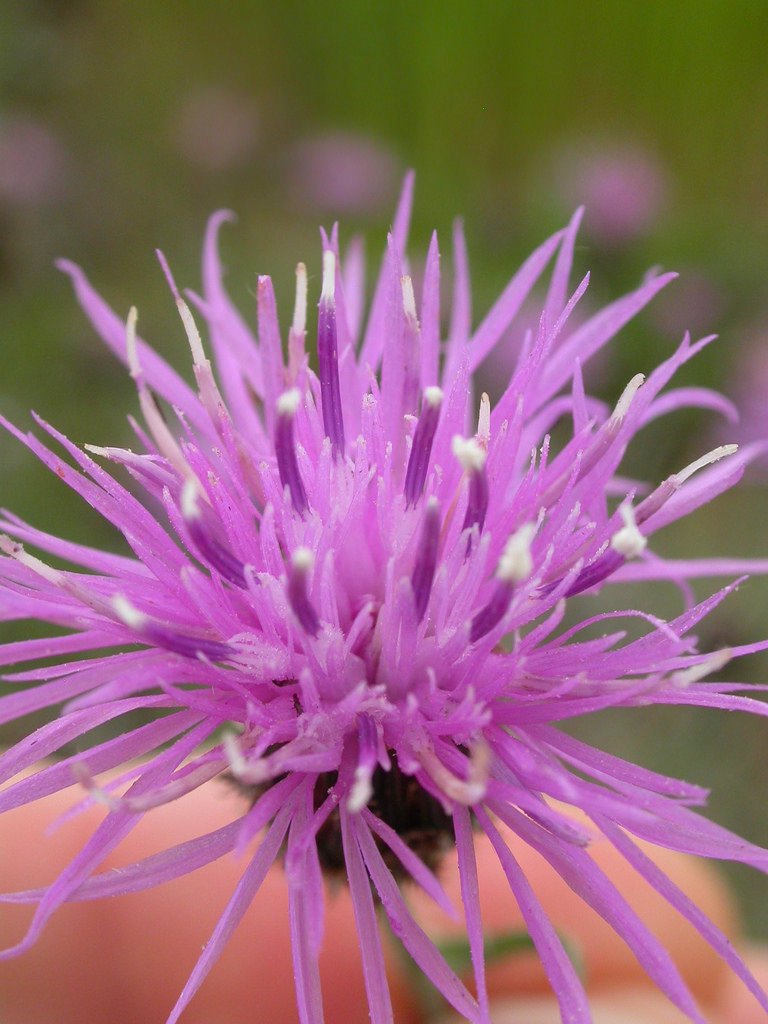 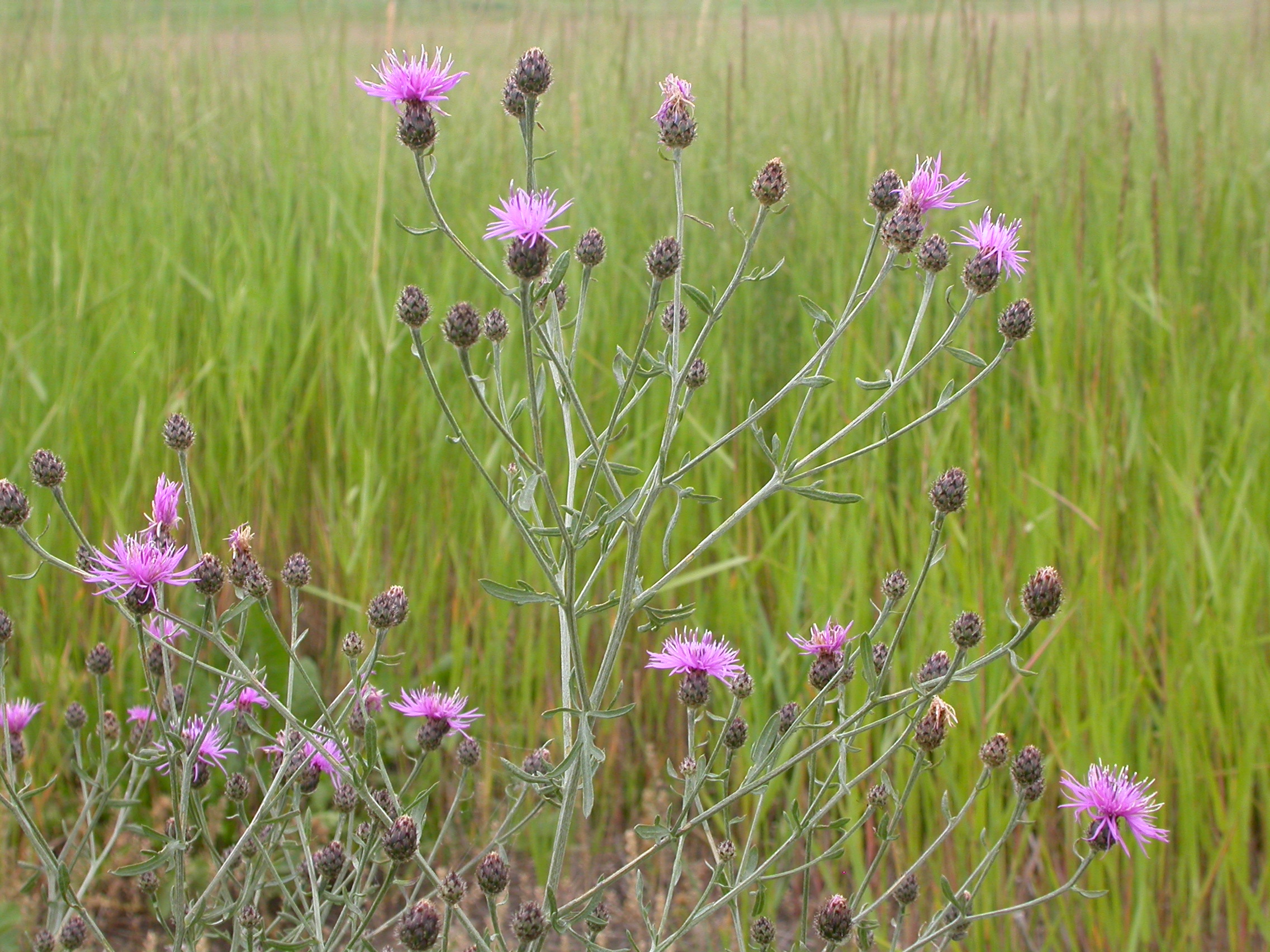 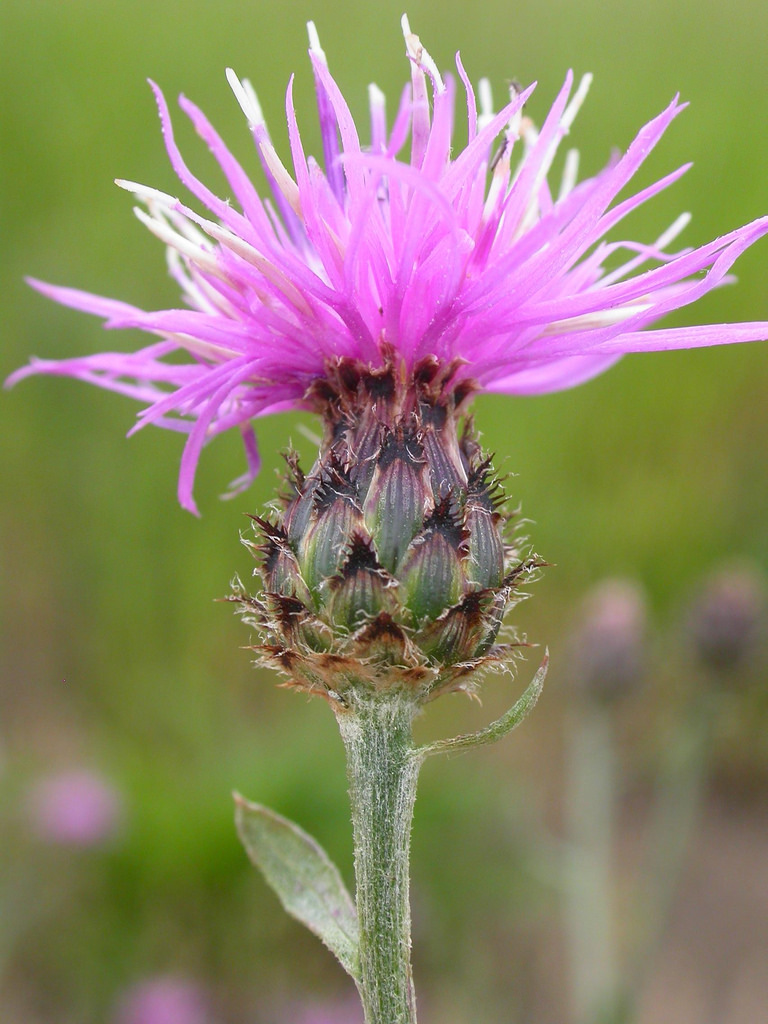 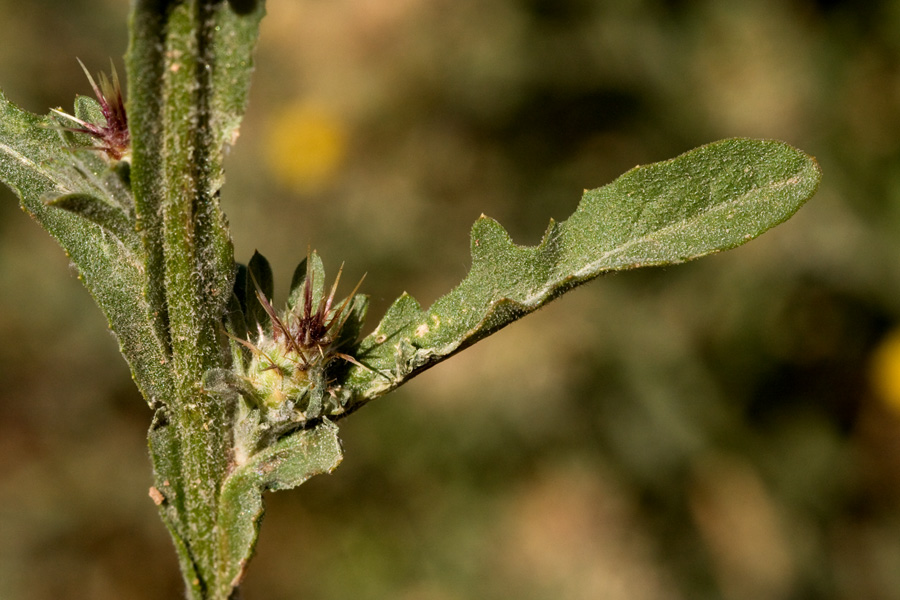 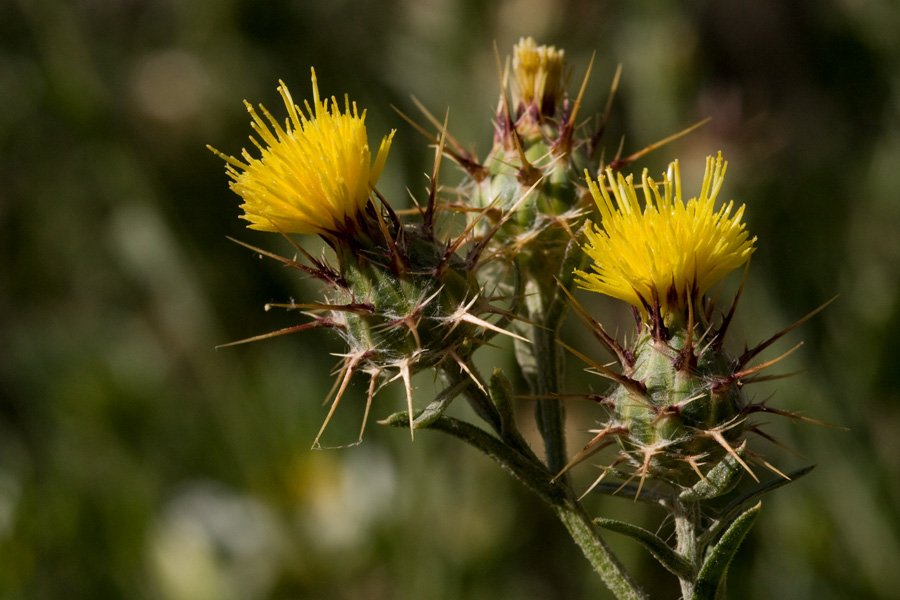