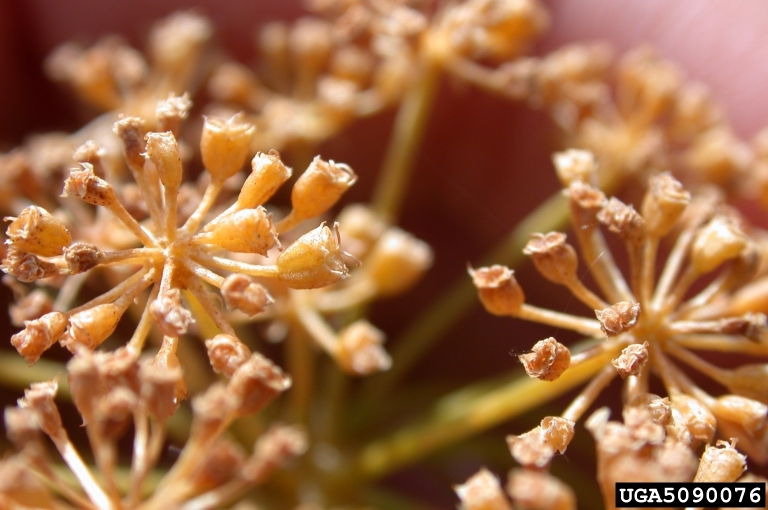 Water hemlock is an erect forb, growing 3 to 7 feet tall, usually swollen at the base. The stem has cross partitions at the base. Roots also have partitions inside, and a musky odor. It begins growth in the spring, and flowers in late spring and early summer. Reproduction is by seed and tuber branching. Flowers are small, white, and grouped in umbrella-shaped clusters.

The fruit is kidney-shaped, tea-colored, with corky ridges. Leaves are alternate, narrow to broadly lance-shaped, with toothed margins. A distinguishing characteristic is that the veins in the leaf run to the notches between the teeth.

Water hemlock is a wetland plant and is especially common in pastures or untilled areas. It is found along mountain streams and valley ditch banks.

It occurs on wet, fertile soils at the water's edge. It is most common in deep loams, clay loams, or clays. Associated species include Nebraska sedge, redtop, bulrush, and timothy.

Water hemlock contains highly poisonous alkaloids. The roots are the most toxic part of the plant. When roots become exposed and are eaten by livestock, death occurs in 1 to 12 hours. The leaves and stems lose most of their toxicity as they mature. Sheep do not seem to be as affected as cattle. Symptoms of poisoning include muscle twitch, rapid pulse, rapid breathing, tremors, convulsions, excessive salivation or frothing at the mouth, and dilation of the pupils. 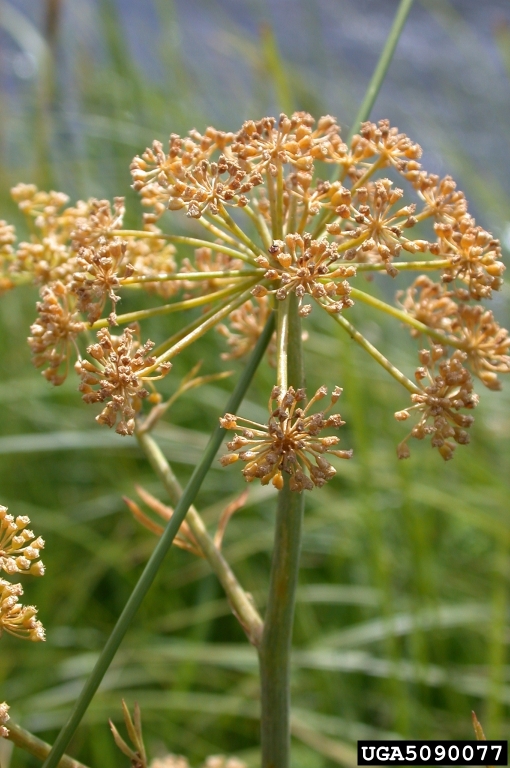 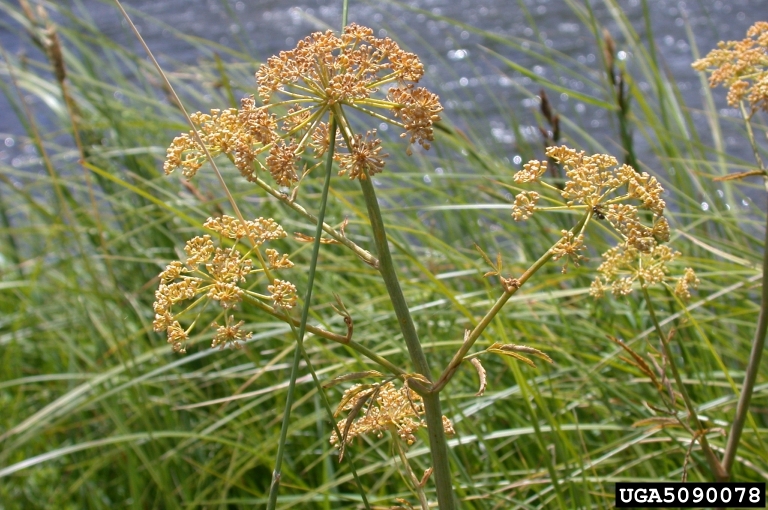 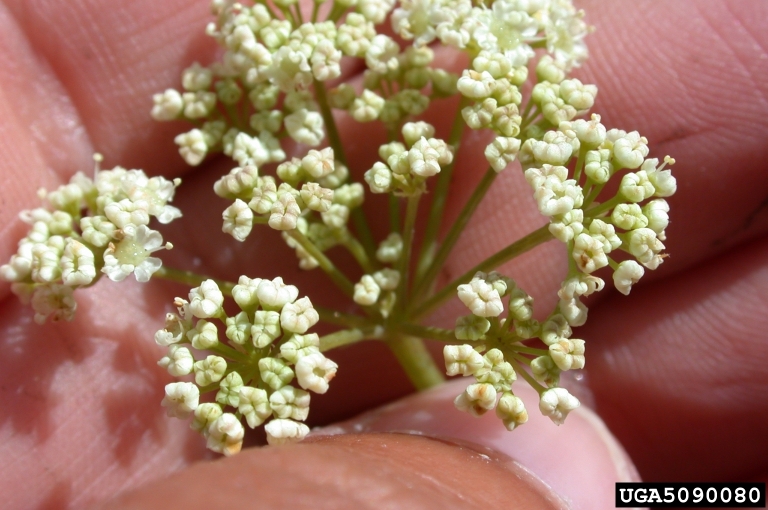 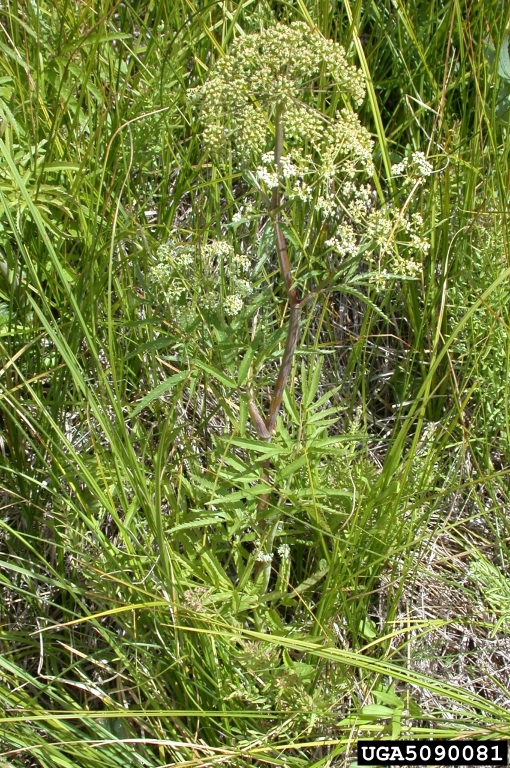