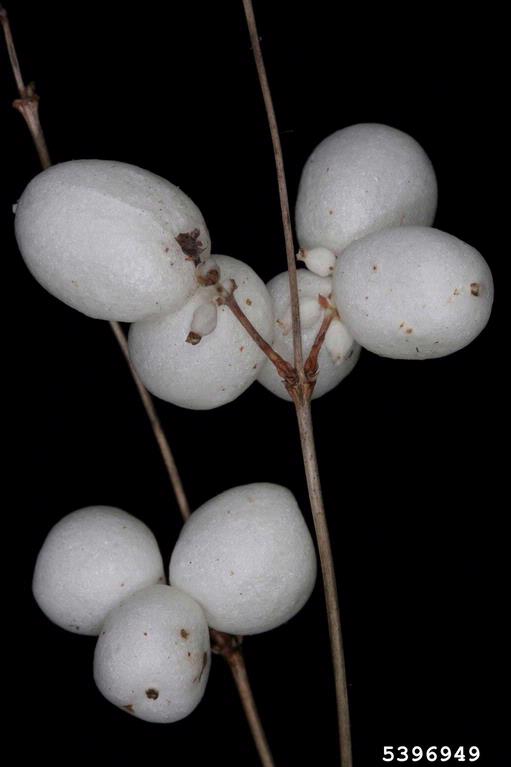 Snowberry is a low-growing shrub whose habit can be either erect or trailing. Its branches are spreading or arching. It averages 2 to 4 feet in height, but plants on good sites can grow up to five feet. Reproduction is by seed and sometimes by layering. Fruits are small, light green to white berries, up to ½ inch long. Older twigs have reddish-brown, shreddy bark. Buds are light brown.

Snowberry occurs at elevations of 4,800 to 10,500 feet, at the edges of riparian zones, in woodlands, and in moist areas of mountain brush zones. It occurs in sandy loam to clay loam soils and does not tolerate much alkalinity or salinity. Associated species include Ponderosa pine, Douglas fir, aspen, and chokecherry. Because of its abundance and wide distribution, snowberry is an important source of forage on many mountain ranges. Although not highly nutritious or palatable, mountain snowberry is frequently one of the first species to leaf out, making it a highly sought after food in the early spring. Use by livestock and big game is moderate throughout the summer, but declines in fall. Small mammals and birds utilize the fruits. Snowberry's low growth form makes its foliage easily available. Plants withstand browsing well and produce numerous basal sprouts following browsing.

Due to its rhizomatous nature, snowberry is useful for revegetation of disturbed sites such as road cuts. It is also an excellent species for wildlife habitat improvement and landscape or recreational plantings. Its fruits have been used as an emetic and laxative. Roots are steeped to treat colds and stomachaches. 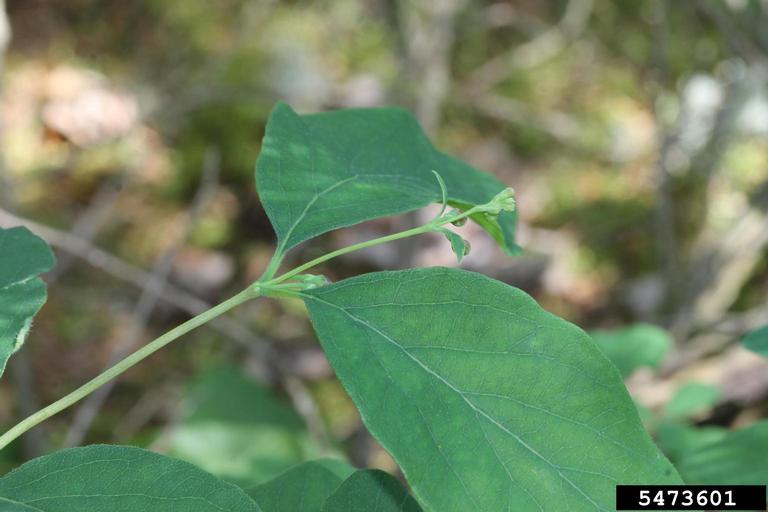