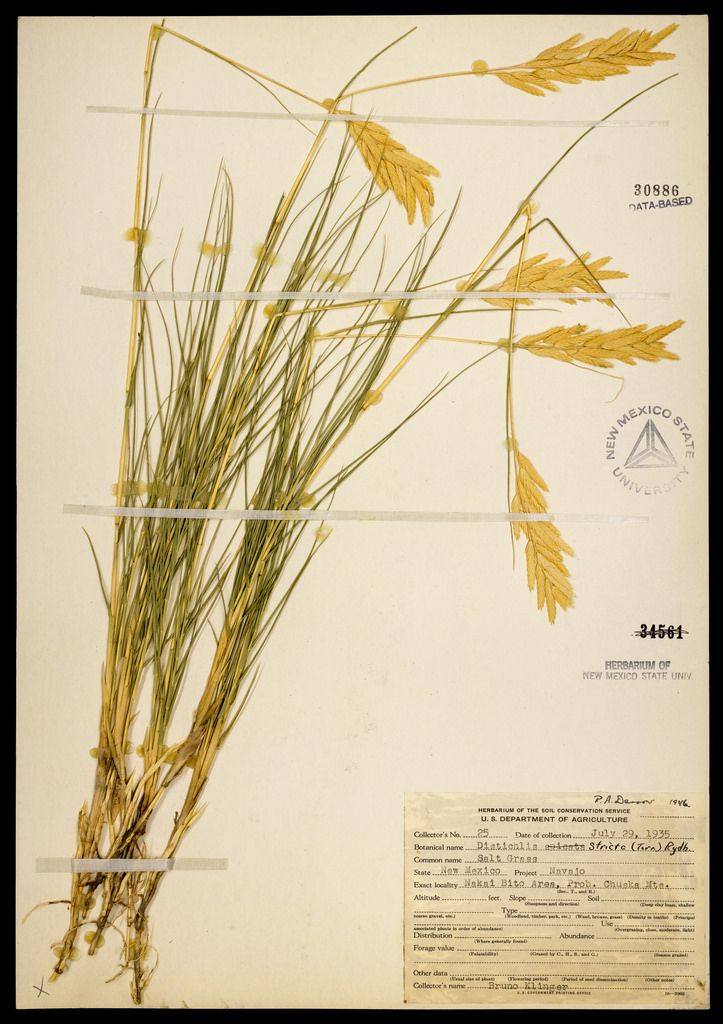 Saltgrass is a native perennial from 15 to 35 inches in height. It forms dense mats with rhizomes and sometimes stolons. It is a dioecious species with male and female reproductive parts on separate plants. It is commonly found in the dry West, where it is one of the most drought-tolerant species, and is also widespread in the eastern United States along estuaries and shorelines.

,p> Blades are firm, the edges often flat at the base and folded or rolled inward meeting in the middle, therefore, appearing attenuate. Blades are generally less than four inches long. Salt crystals may be found on the leaves and stems. The ligules are stiff with a fringe of hair at the tips.

Saltgrass is grazed by both cattle and horses, and it has a forage value of fair to good because it remains green when most other grasses are dry during the drought period. It is resistant to grazing and trampling.

It has been used as a salty seasoning. 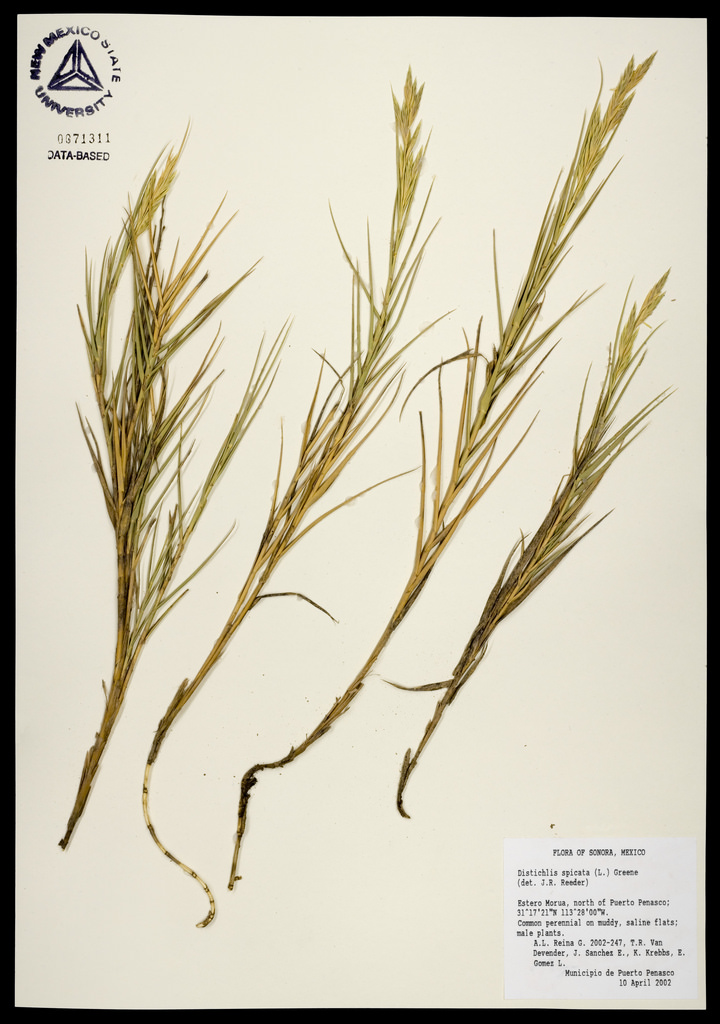 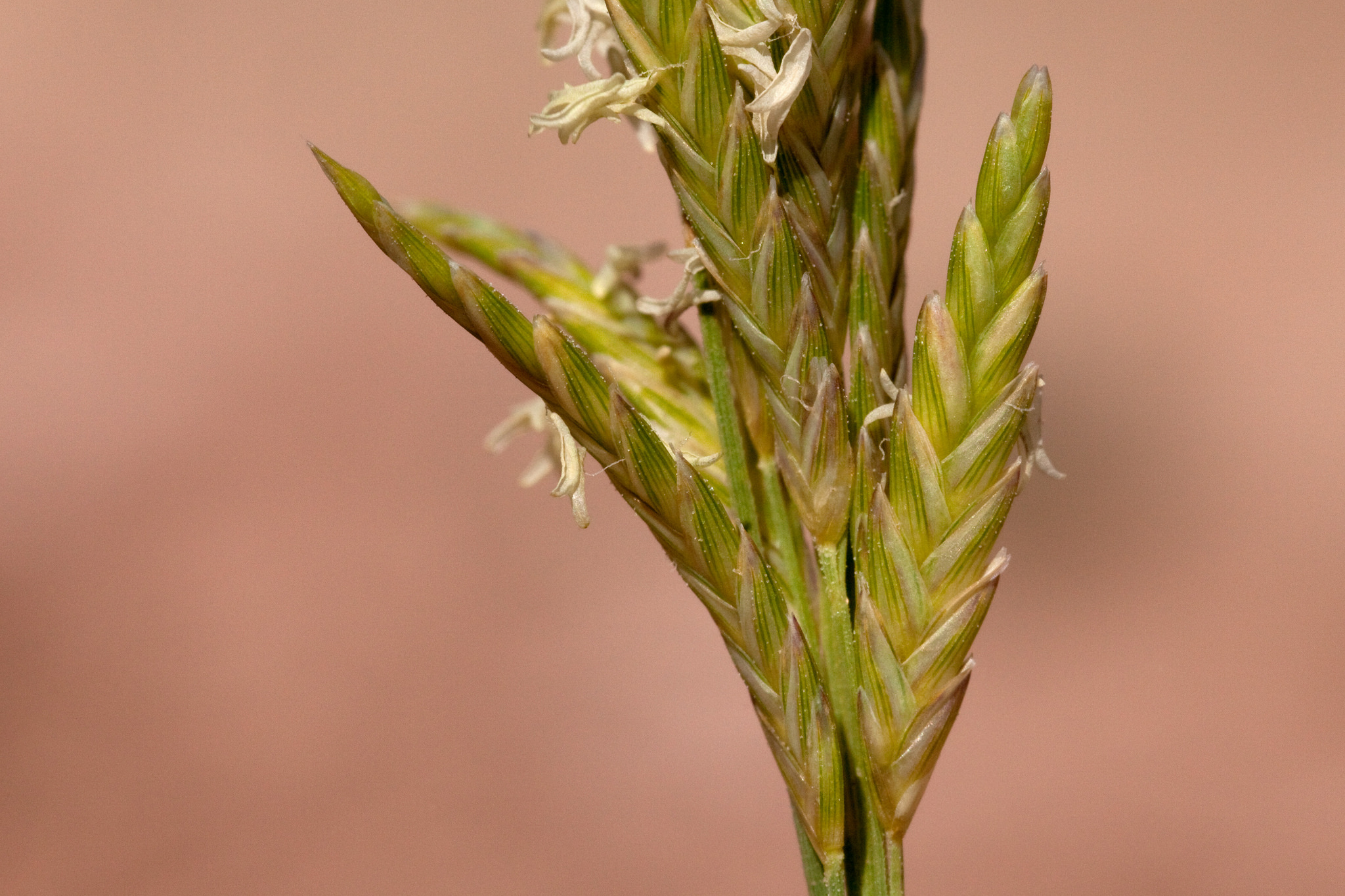 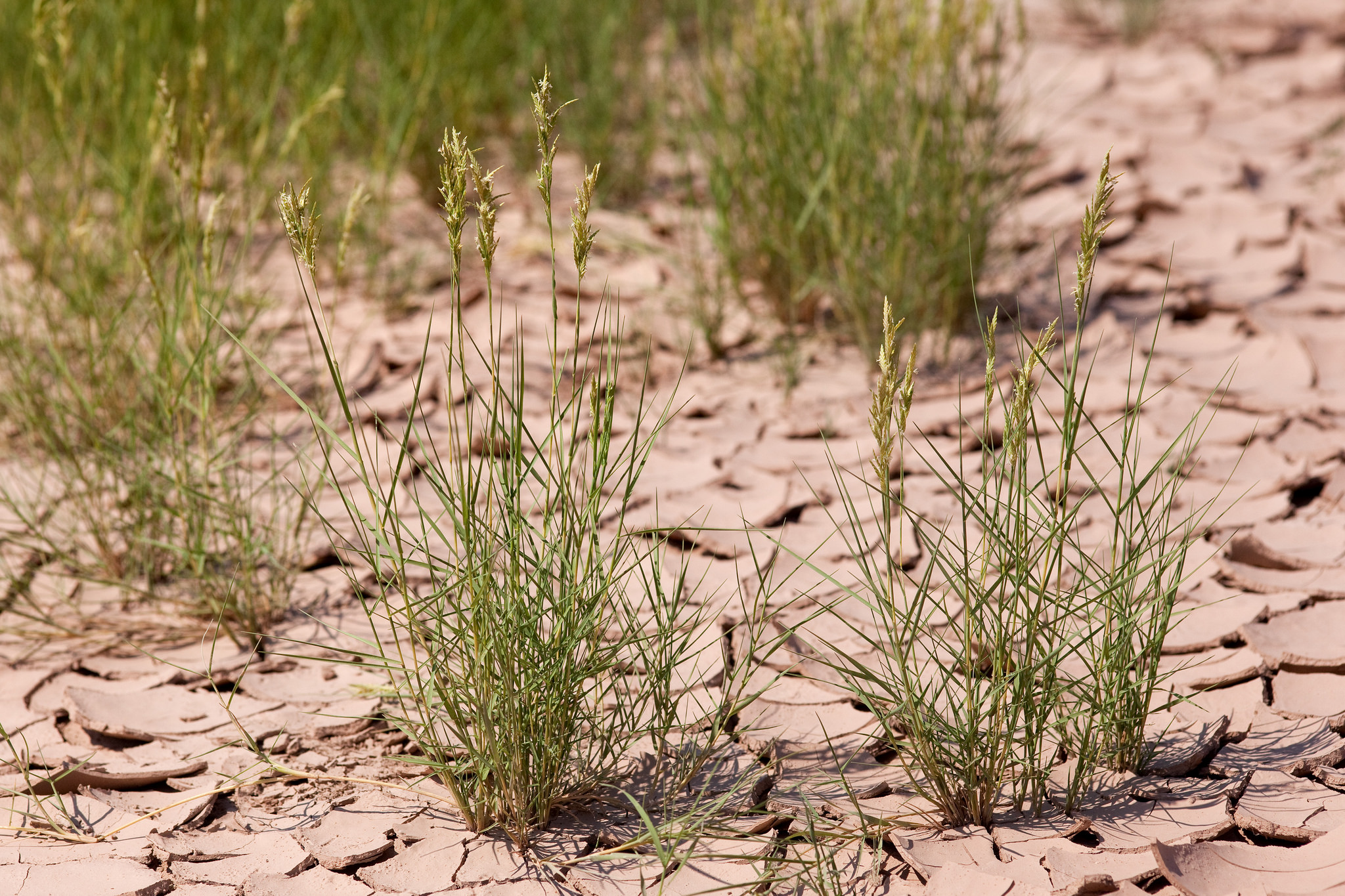 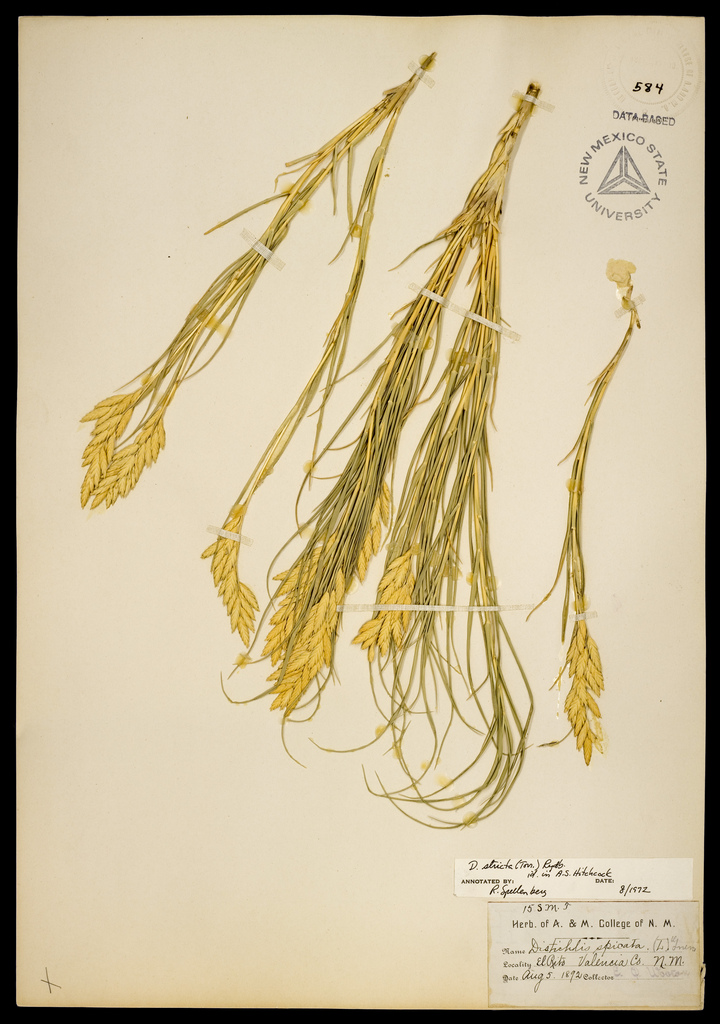