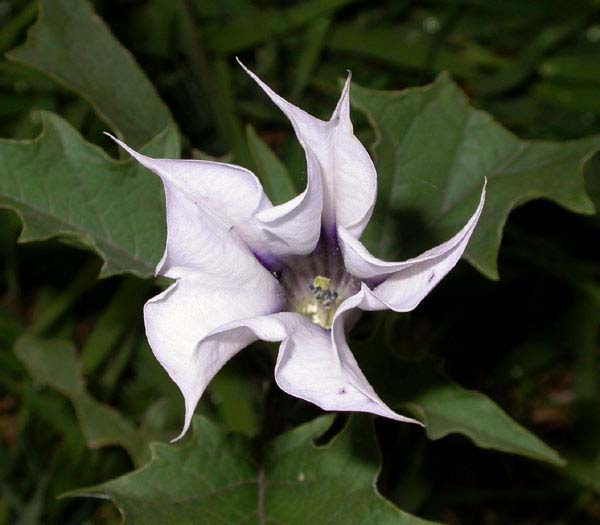 Jimsonweed is a large forb, 1 3/4 to 4 feet tall, often with a similar spread. It often falls over from its own weight. It germinates readily and self sows under most conditions. Flowers are showy white to purple trumpets 2 to 4 inches long. Flowers open for only one evening, but new ones continue to open throughout the summer and autumn.

Mature leaves are elliptical to egg-shaped, uneven at the margins. They are 3 to 8 inches long, six inches wide, on long, stout petioles. Margins of leaves have a few large triangular teeth. Jimsonweed prefers warm areas. It competes aggressively for water and grows rapidly. It is a common weed in pastures, barnyards, roadsides, and waste places.

Jimsonweed and its derivatives have several medicinal uses. At low doses, it is used to treat asthma, muscle spasms, and symptoms of Parkinson's disease. At higher doses it causes hallucinations. It is occasionally grown as an ornamental, and attracts bees, butterflies, and moths.

All parts of jimsonweed are very poisonous. Cattle and sheep have died from eating it. Symptoms include dilated pupils, thirst, fever, loss of coordination, confusion, rapid pulse, labored respiration, hallucinations, convulsions, and eventual coma. Even inhaling the sweet fragrance of the flowers can cause headaches and dizziness. The sap can cause a skin rash. Species of Datura on the Navajo Nation include D. wrightii and D. stramonium. 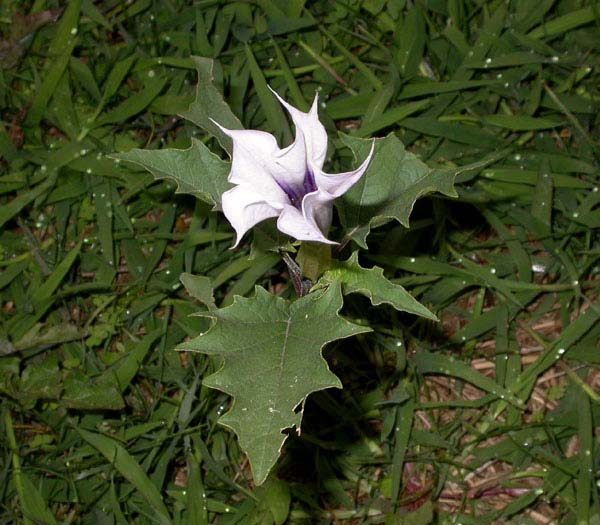 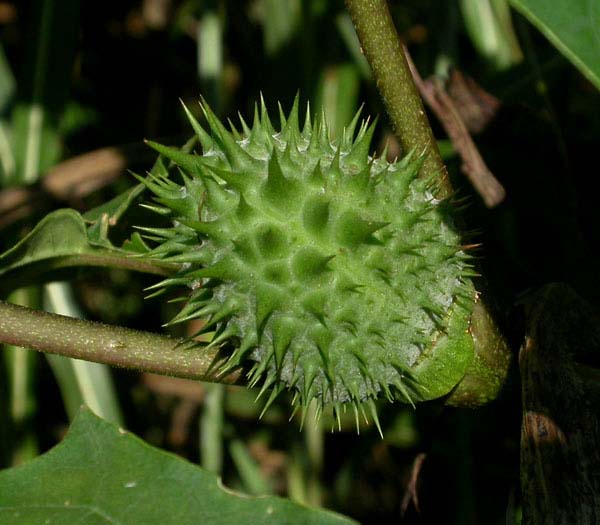 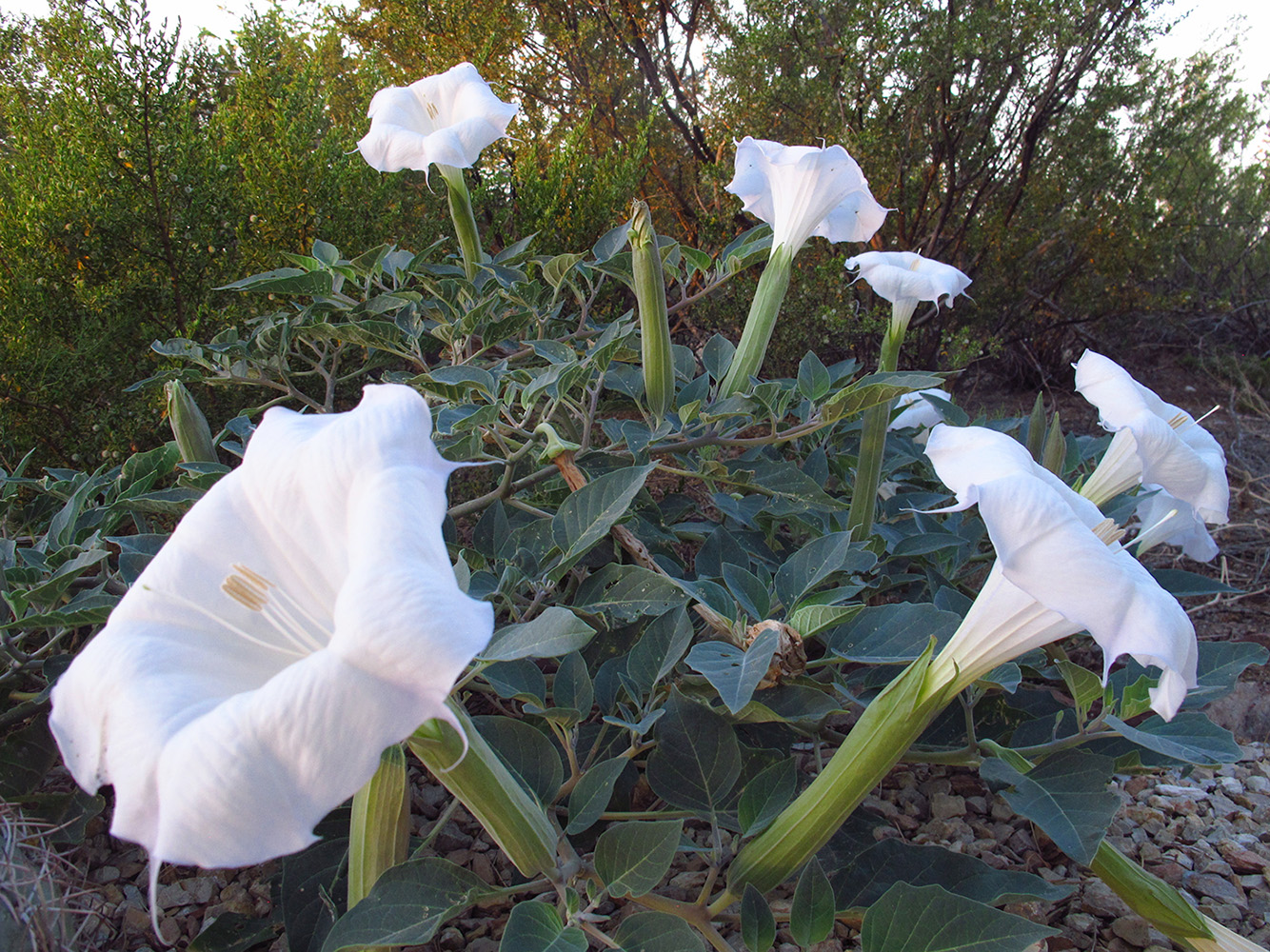 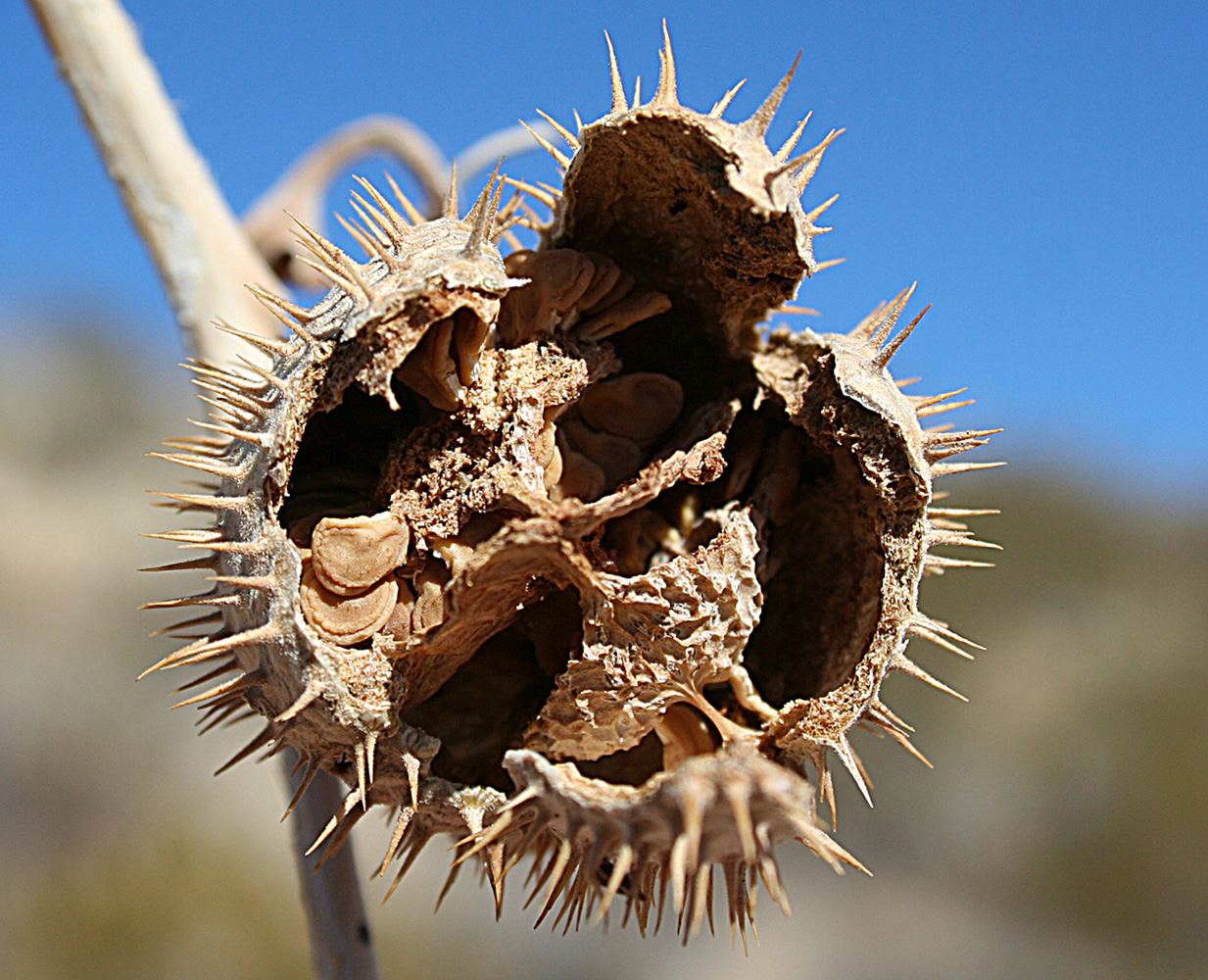 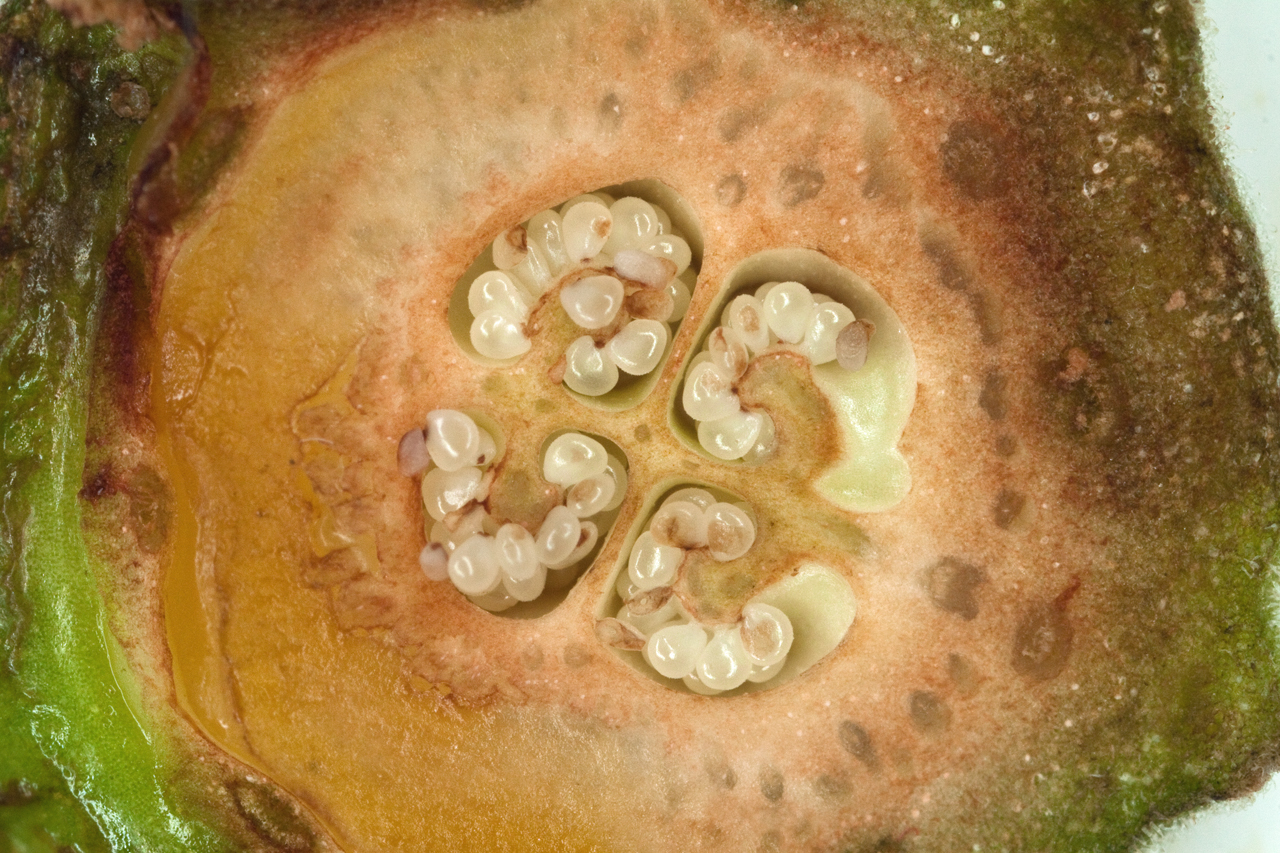 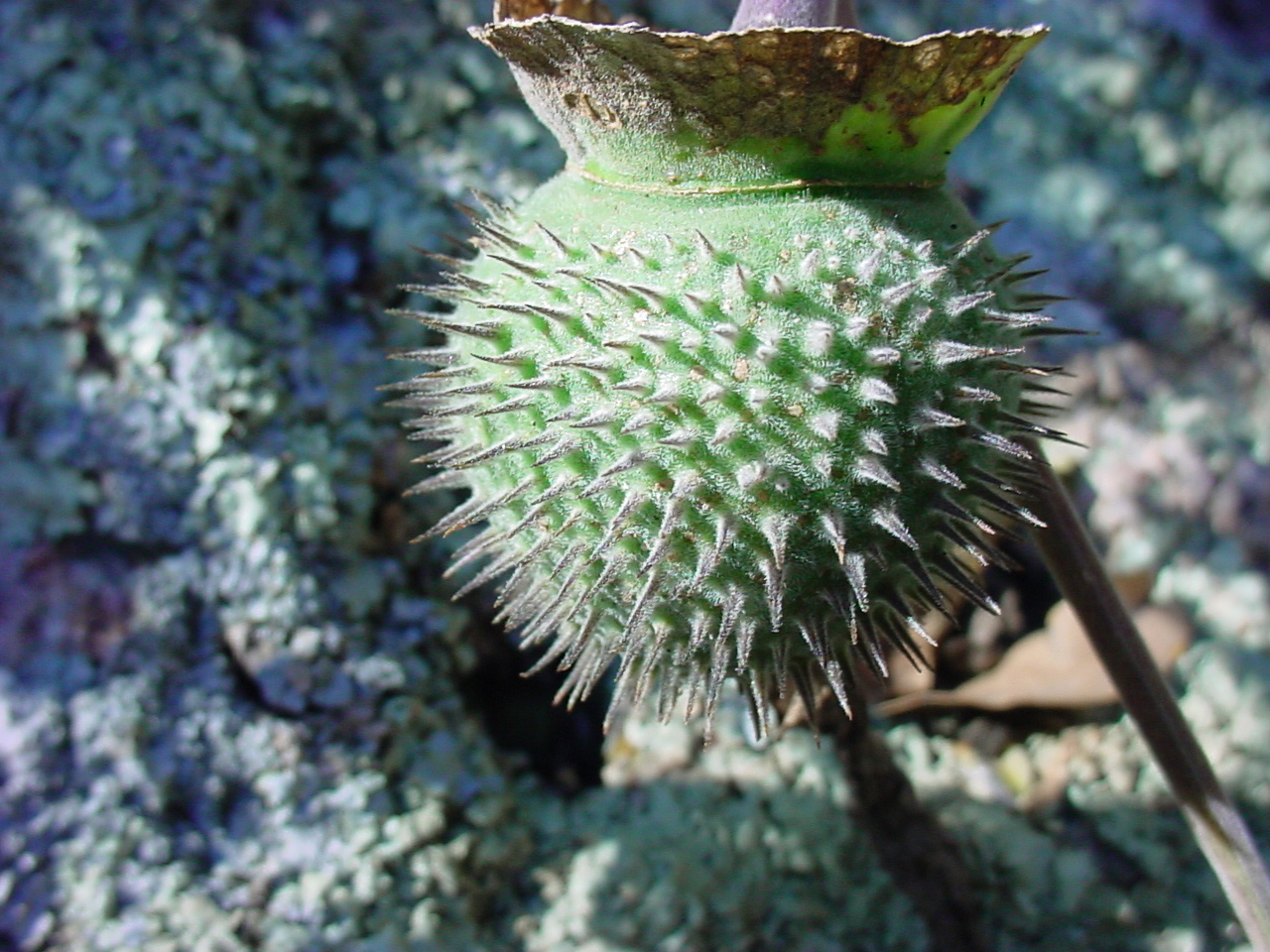 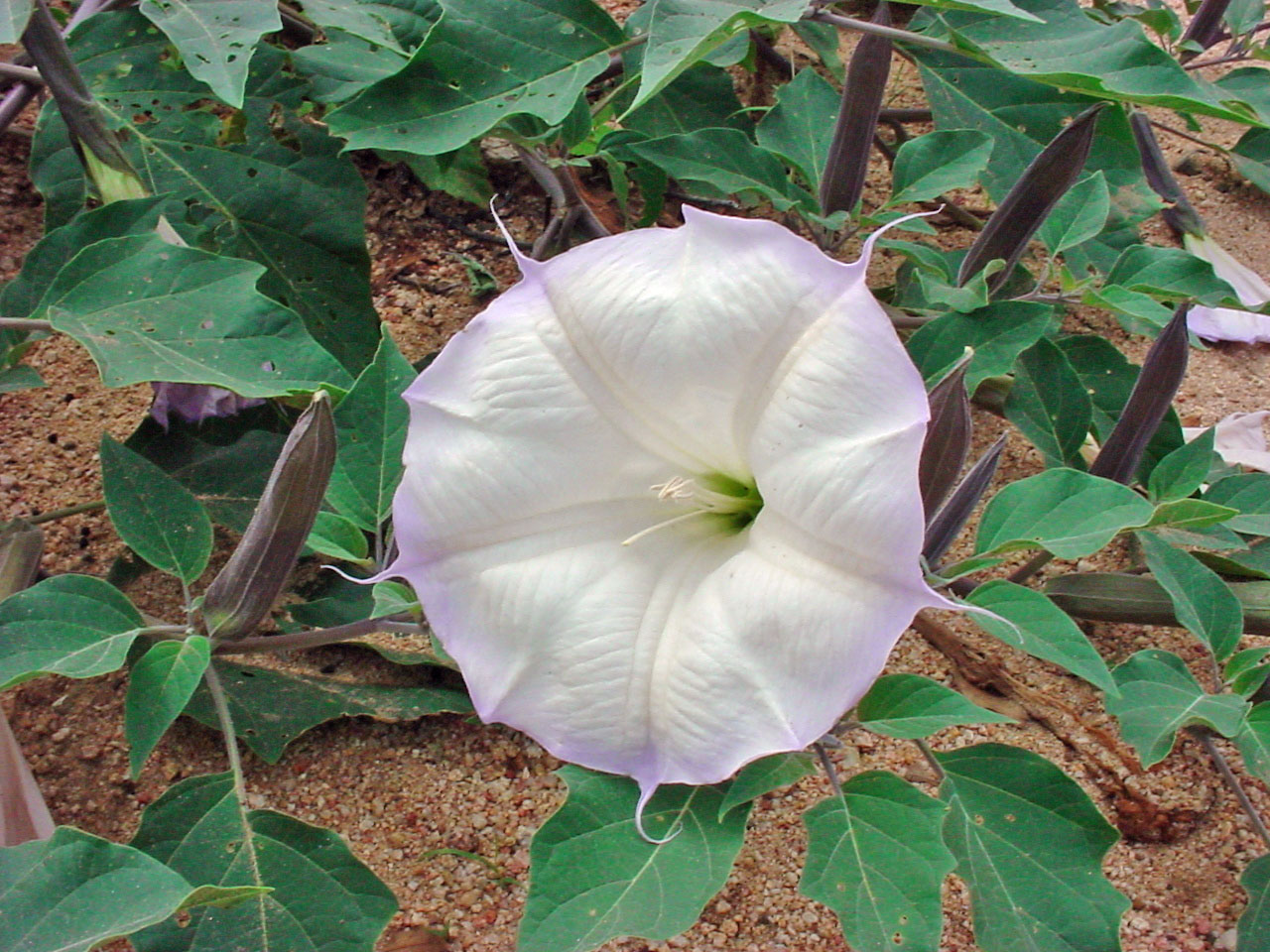