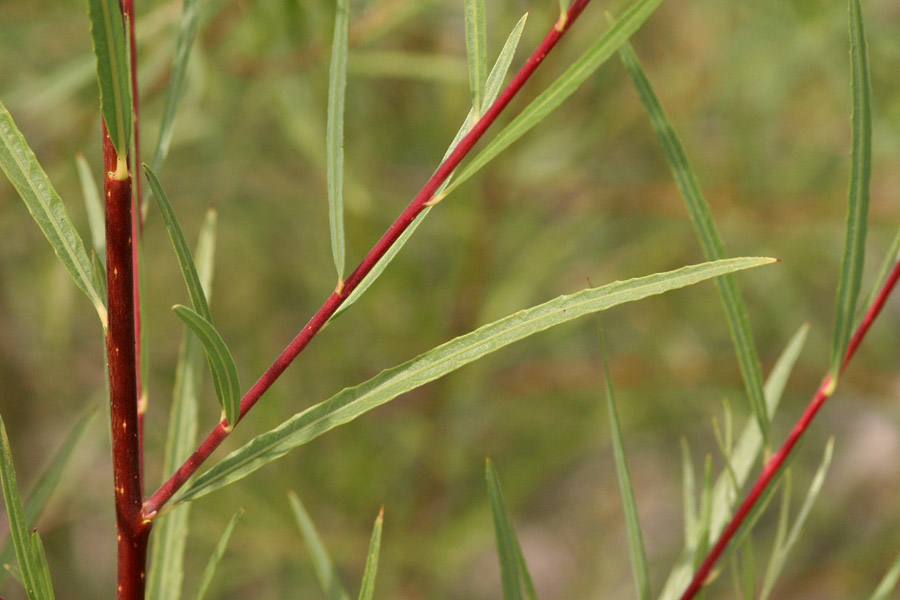 Coyote willow usually forms a thicket with its long, slender stems. It seldom exceeds 15 feet in height, but has been known to reach heights of 26 feet. It reproduces by seed and rhizomes (forming clones). Regeneration may also occur through broken pieces of stems and roots that sprout after being transported and deposited by floodwaters.

It has caterpillar-like catkins, which are long spikes containing many small flowers. The wood is light, soft, and weak, susceptible to decay. Coyote willow occupies banks of major rivers and smaller streams, lakes and ponds, marshy areas, alluvial terraces, and ditches, at elevations from 2,700 to 8,500 feet. It characteristically forms zones immediately adjacent to the water's edge. Coyote willow may also occur on moist, well-drained benches and bottomlands. It is a pioneer species, one of the first to colonize gravelly and sandy flood deposits. It is also well adapted to continued survival on sites that are regularly flooded. It is an important food source for many wildlife species.

Stands of coyote willow should be maintained because they help stabilize streambanks and protect them from erosion. Once degradation occurs, streambanks may erode rapidly. All willows produce salicin, which chemically is closely related to acetylsalicylic acid, commonly known as aspirin. Various preparations from willows have been used to treat toothache, stomachache, diarrhea, dysentery, and dandruff. Stems have been made into baskets and bows, and the bark into fabric. 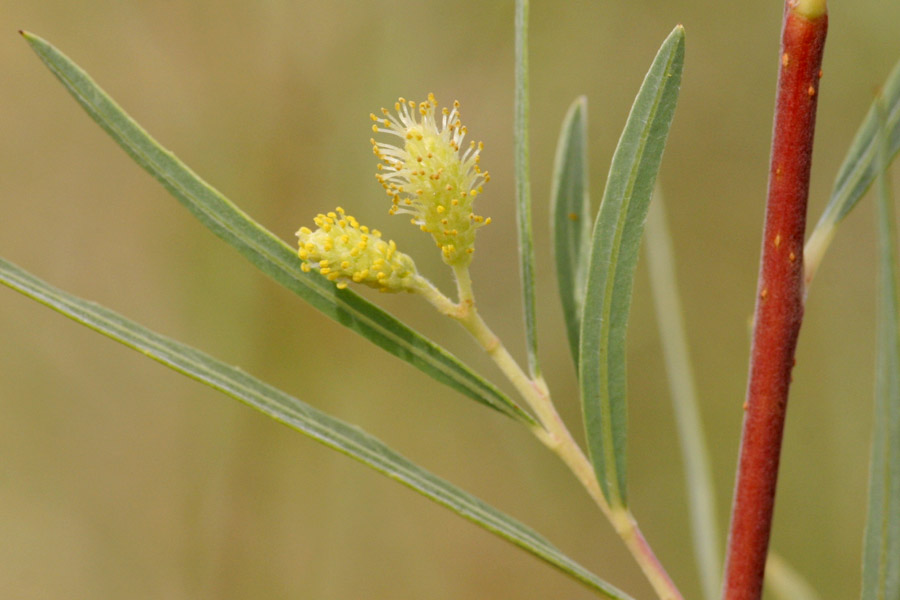 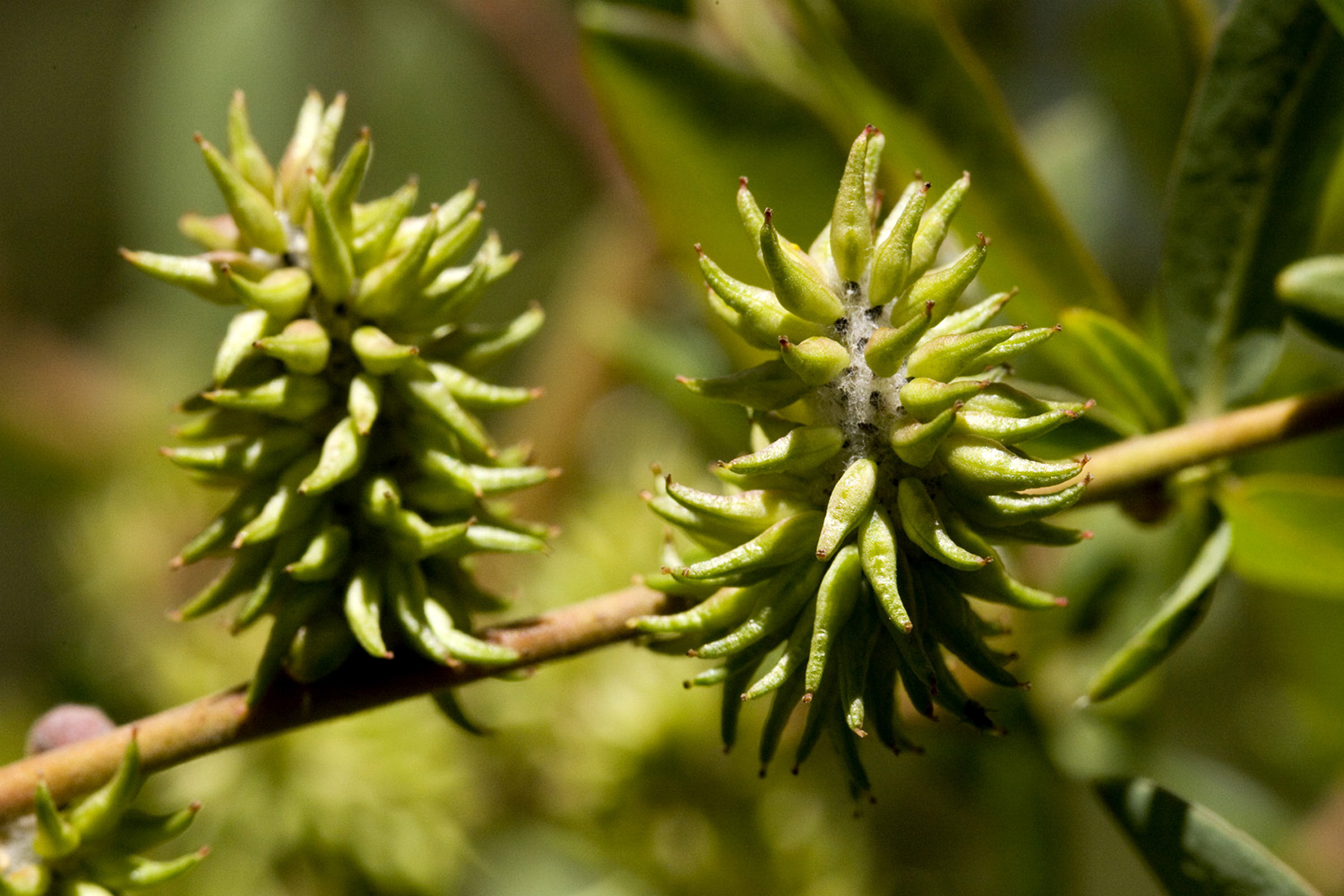