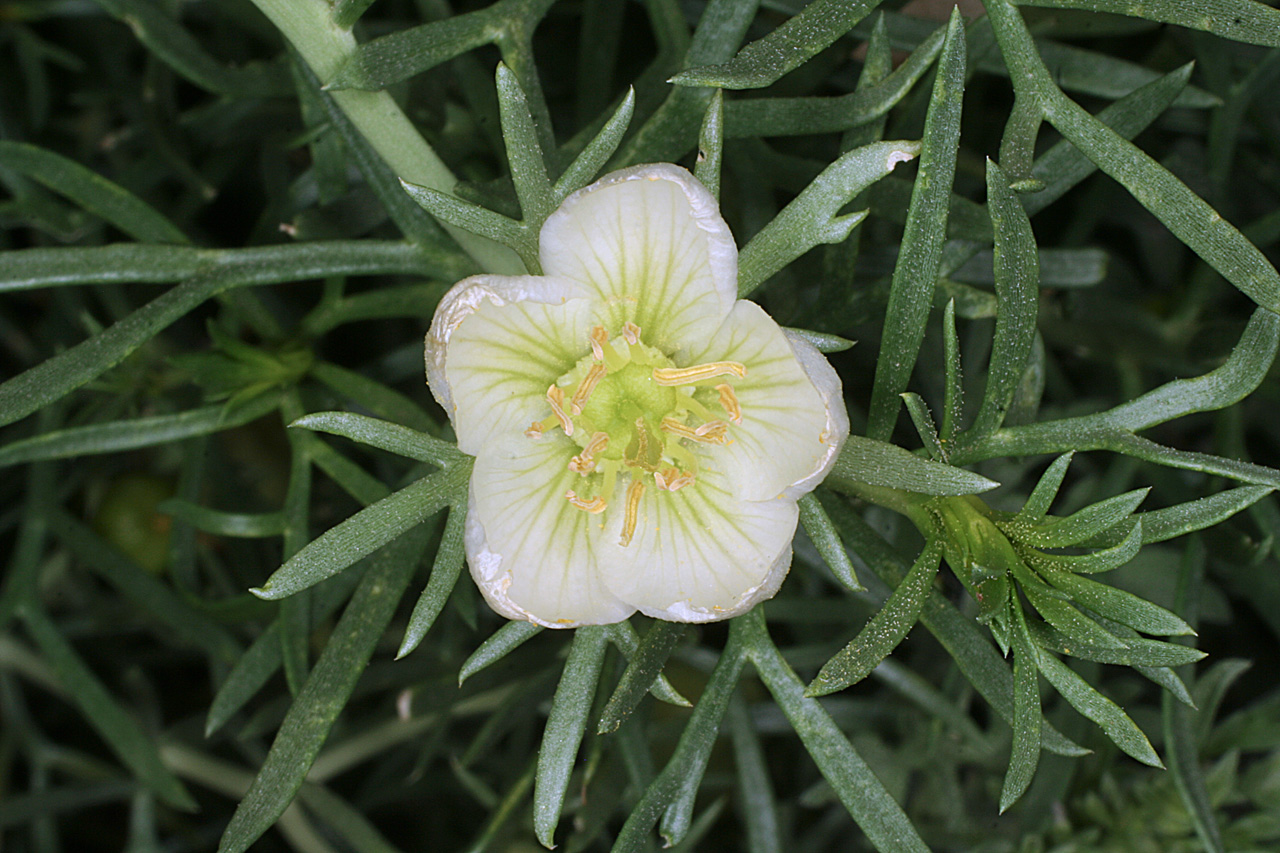 African rue was introduced to the United States and has become a noxious weed. It smells foul when crushed. It is a much-branched perennial whose basal woody stems persist though upper foliage dies back each year. It grows to a height of 2-3 feet. The leaves are pinnatifid with linear, smooth segments. There are four or five white petals that have greenish veins and 8-10 stamens with filaments that are dilated at the base. The fruit is a globular capsule that contains many seeds. African rue is found in dry waste areas.

This weed is extremely toxic to cattle, sheep, horses, and humans; it contains at least four poisonous alkaloids. The seeds and fruit are the most toxic, followed by young leaves and mature leaves. Animals typically avoid eating African rue because of its bad taste and smell. Most parts of the plant contain allelopathic chemicals that reduce the growth of surrounding native plants. 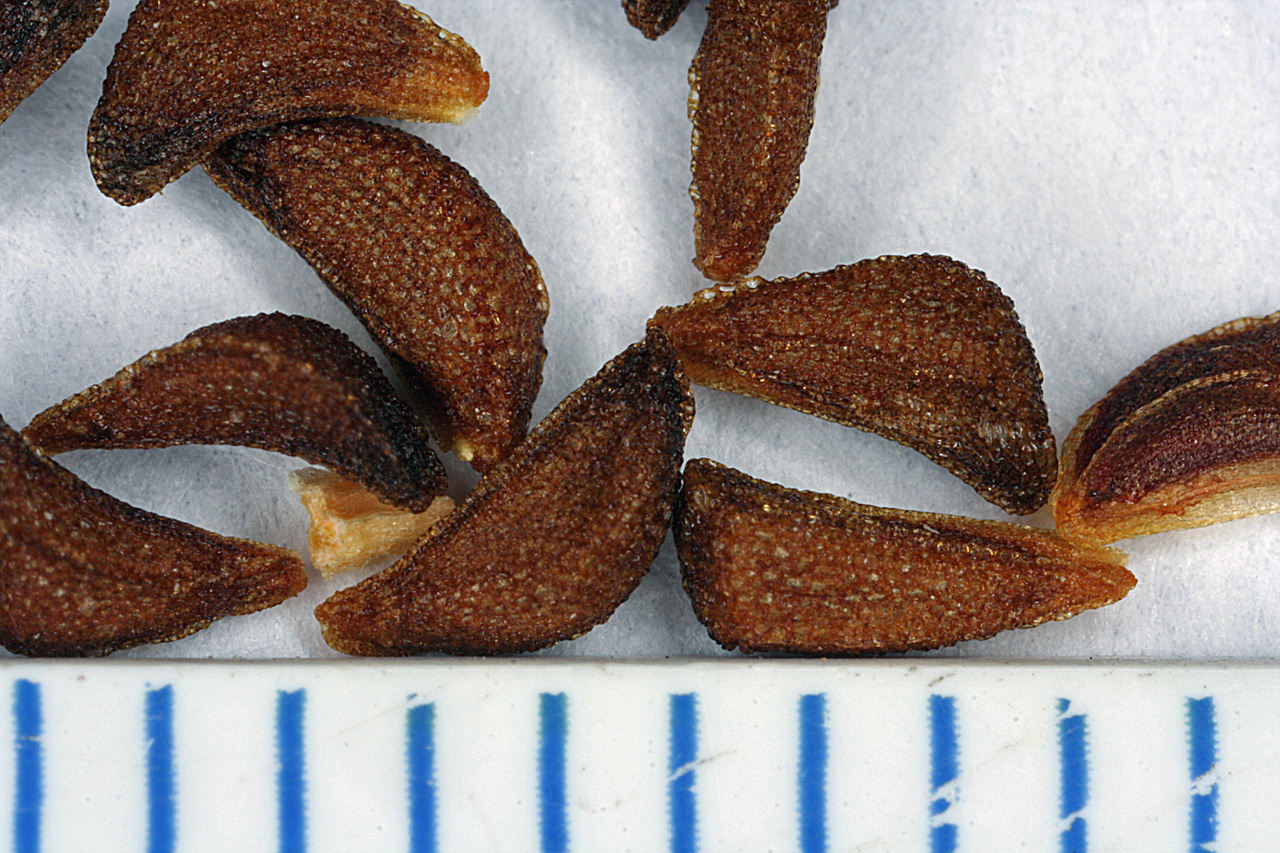 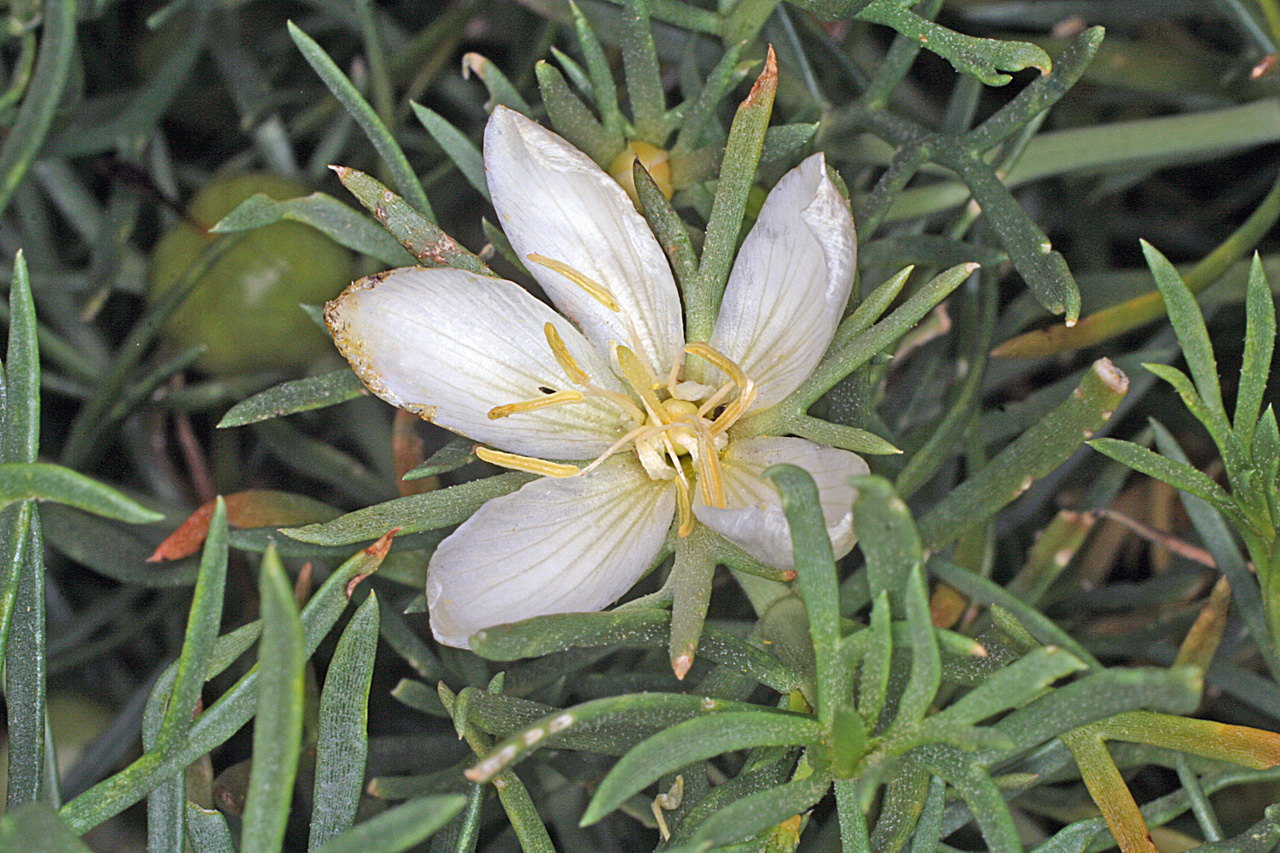