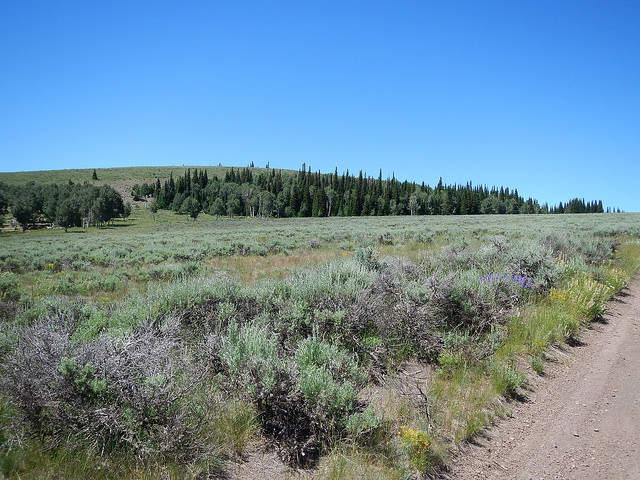 Subalpine fir is a native, evergreen growing to 65 feet tall. It has a sharp, spire-like crown, the upper several feet of which are often less than 1 foot in diameter. The plants often are reduced to a prostrate shrub on exposed sites near the timberline.

There are several subspecies of subalpine fir, but the one most likely to be seen on the Navajo Nation is Abies lasiocarpa subsp. Arizonica. General characteristics of the species are smooth, grayish-white bark with resin blisters. In subspecies Arizonica, the trunk is more likely to have softer, corky bark. The bark becomes furrowed as the tree reaches one foot in diameter. Bark on the branches splits to reveal a reddish-brown layer. The needles are 11/16 to 1 3/16 inches long, flattened, grooved, and a waxy, bluish-green on the upper surface. Needles tend to turn upward so that the foliage of a particular branch appears flattened and as though no leaves were attached to the lower sides of the twigs. The seed cones are 2 3/8 to 4 3/4 inches long and 3/4 to 1 1/2 inches wide. Cones are dark purple, erect, and only on the uppermost branches. The common name refers to the distribution of the species in the subalpine zone. 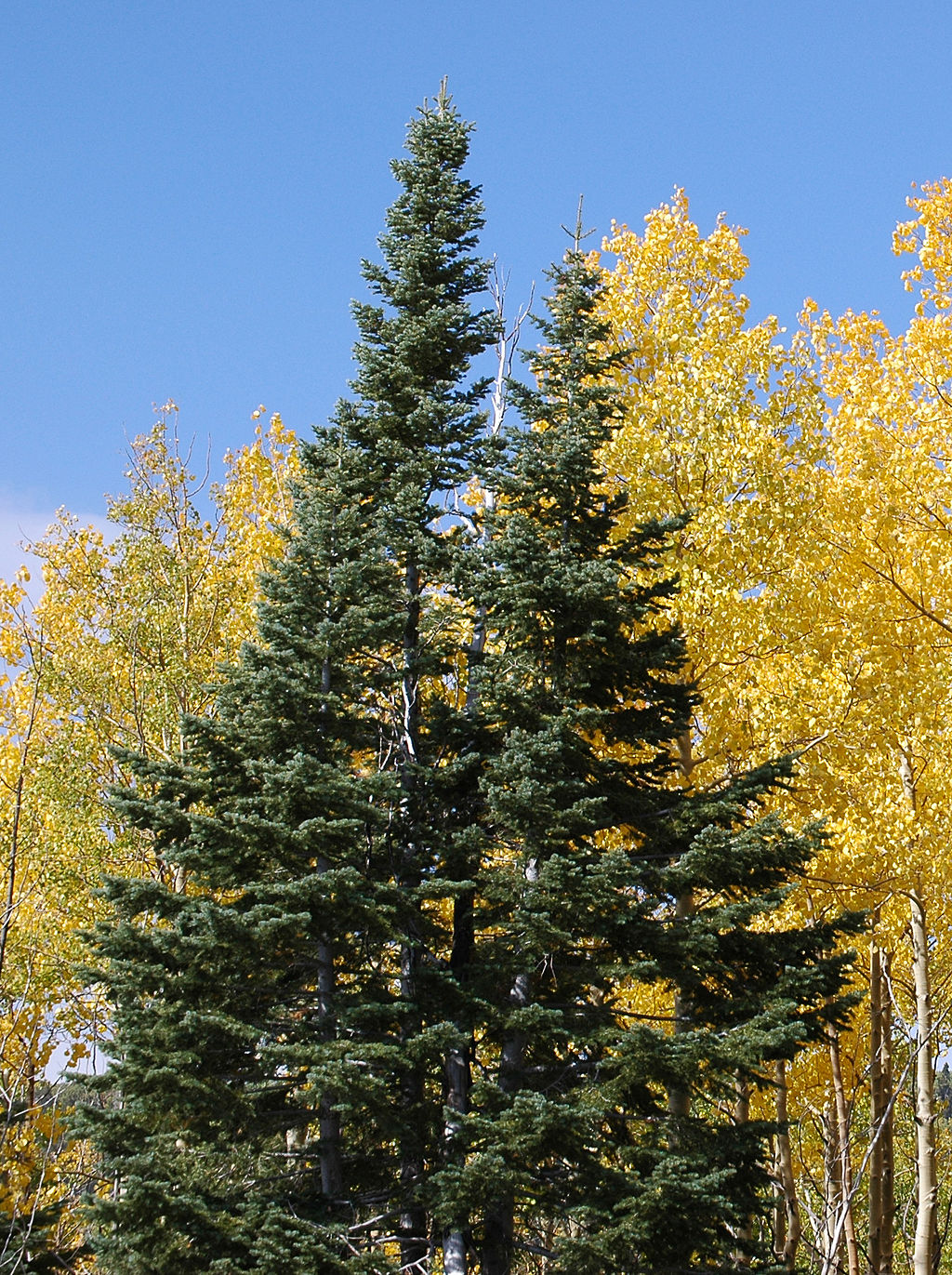 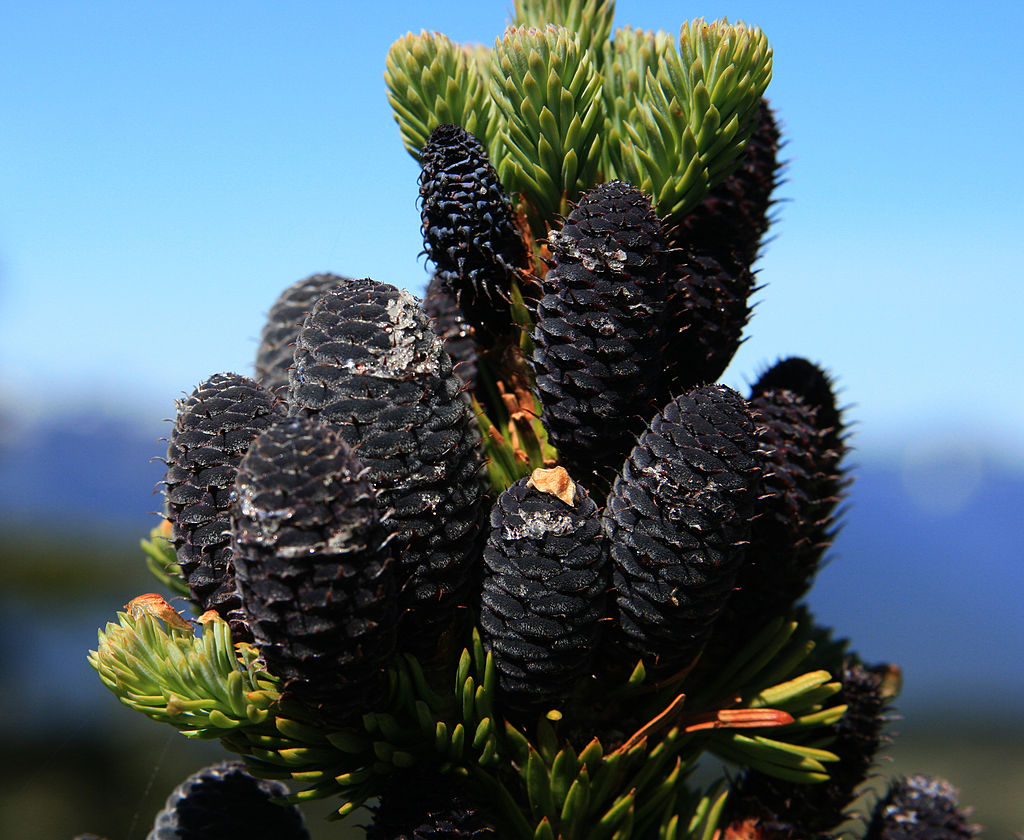 quinn.anya on Flickr (Flickr) [CC BY-SA 2.0], via Wikimedia Commons
Cones of Abies lasiocarpa of a different subspecies. Cones of subspecies arizonica are similar in appearance.